This past year has been quite an emotional rollercoaster for us at Artists For Children. We could safely say that nothing would’ve prepared us for the infinite amount of obstacles we had to surpass, in Lebanon, a country facing some of the toughest odds on the planet at the time being.

A quick overview of the current situation will better paint the picture.

Politically, and for over a year, Lebanon has been without an official government able to sign law projects or any other paperwork necessary to the proper functioning of a country. Even criminal court ruling is now suspended. Everything is in a deadly stalemate, everything is awaiting a minister’s signature, everything is in limbo. It now takes a Lebanese citizen up to two years to simply renew a passport, just because the government ran out of budget to buy them from a European supplier…And In the meantime, one of Lebanon’s most incompetent interim governments is acting as governance.

In the month of May, the country underwent a parliamentary election. The same people are still predominantly in power, with a breakthrough of only 13 independent candidates out of 128; Nowhere near enough to instigate any poitive change from within the system.

The local currency seems to be on a rapid free fall, with absolutely nothing to soften the impact. The Lebanese Lira has depreciated 26 folds versus the Dollar compared to the rate it had exactly two year ago and it’s still not done. This had a devastating effect on what was left of the purchasing power, in a country where most day-to-day goods are imported and paid in usd. Most savings and pension funds have evaporated to nothingness in the process. Fuel, gas, water and decent quality food became even more scarce or criminally expensive.

Lebanese banks are still applying a severe liquidity capital control policy, forbidding depositors from withdrawing their own hard earned savings, resulting in daily armed robberies jeopardising the lives of both depositors and bank employees. In today’s Lebanon, you need a gun or a grenade to get your own money from the bank. Not only that, banks have also imposed an incredibly heavy commission on any “fresh dollar” amounts sent by the Lebanese diaspora abroad to help their families inland. And to make things worse, these institutions stopped, net, every credit possibility for local investors trying to buy raw material to locally produce items needed every day.

The Beirut Port was unfortunately, once again the “gift” that kept on giving. What remained of the grain storage silos started collapsing one by one after a heavy summer fire. As per usual, the government, completely unable to deal with the catastrophe, advised all nearby citizens to vacate the vicinity to avoid inhaling the poisonous Asbestos gas emissions. This resulted in the loss of the last few tons of emergency wheat storage of the country, a shortage in bread production, and the soaring of the prices up to historical heights subsequently. People lined up at bakeries, and many deadly fights were recorded all over the territory, simply over bread. Needless to say, the investigation of the Beirut Port explosion has been put in the dusty drawers of corruption…

More schools shut down and more hospitals faced the same fate. Due to the lack of equipment but also qualified personnel, these essential institutions have been closing doors one after the other. With every crisis comes massive exodus. Brain immigration has been draining this country dry of its most vital resource: its qualified human capital. Doctors, nurses, teachers, engineers… you name it, they’ve all fled the country for a better tomorrow. These people could leave legally. But the less qualified and fortunate, could not. Facing even tougher conditions, they had to flee on overcrowded obsolete boats, drowning to their death as they attempted to reach the Cypriote coast. The government even dubbed those: The Death Boats. Every other week we wake up to the news of children’s corpses washed to the shores…

This last year also witnessed the complete collapse of the national government electricity grid. Responsible for a big percentage of the exorbitant national debt, this sector finally ended up crumbling. Instead, the Lebanese are left to either install overpriced solar panels if they can afford it, or pay an excruciatingly painful electricity bill to their neighbourhood makeshift generator provider, both of which options are controlled by the same mafia of politics and business.

As if Lebanon doesn’t have enough on its plate, the weight of 2 million refugees still on Lebanese soil is being felt even heavier. From unavailable resources, to food, water and medicine scarcity, to cheaper employment, to hygiene threatened refugee camps… The latest development would be the new outbreak of Cholera ravaging some of the camps in the North around Tripoli, an outbreak that just reached the city’s population as of just last week and is spreading nationwide.

The war on Ukraine has definitely affected the whole world, raising fuel prices but also the cost of living. Lebanon was no exception. Fuel and gas prices are now exorbitant. Most people abandoned their cars and are using smaller motorbikes known as tuktuks. The war on Ukraine also deflected most of the international aid away from Lebanon while the situation hasn’t changed. People here have been left to their own, in the most difficult of times, now that the international community is understandably busy intervening elsewhere…

In the face of such a colourful context and hard adversity, to say the least, we at Artists For Children were quite overwhelmed. Our dream of building an academy for the arts had to be postponed. Children still needed to be fed, on a bigger scale than we expected, and farmers needed our help as well. Building a safe space for artistic expression, and healing trauma and emotions through the arts had to take the backseat, unfortunately. But the dream is still alive. And this coming year, we hope that with your help, and the help of many new partners we met along the way, we would be able to achieve this blessed mission of ours, all while keeping the first aid relief program running.

In a nutshell, with the power you provided us with, we were able to access even more families, more children, and more schools. We continued to make no exception whether these children were Lebanese or Syrian refugees, and were able to reach a total number of 70,000 children roughly benefiting from our help, from your help. Together with our farmer partners, we carried on with our mission to provide the conditions for local produce to be planted and be distributed to the children in schools, rural neighbourhoods, and refugee camps.

Our work also developed on the networking side. We have intensified our efforts to find new partners both in Europe and in Lebanon to help us carry out our missions in the future. Endless meetings and calls were happening, allowing us to build a proper web to make a huge impact this coming year and finally be able to build our school in the best conditions possible, without losing sight of the urgent necessity to provide food and water. We will make our dream, and the dream of so many children a reality…

I sometimes wonder how people are living over here, how am I living everyday? Only to wake up to the realisation that we really aren’t. We basically are surviving. But we are hopeful, and full of dreams. The future must look better; it has to!! With your help, we hope it shall… Thank you from the bottom of our hearts. Nader Mansour, Musiker, Partner und Obmann von artists for children Beirut

Thank you too dear Nader, our extended arm, our giving hand from our deepest hearts from Austria for leaving Paris for the implementation of our help on site despite all these impossible circumstances. 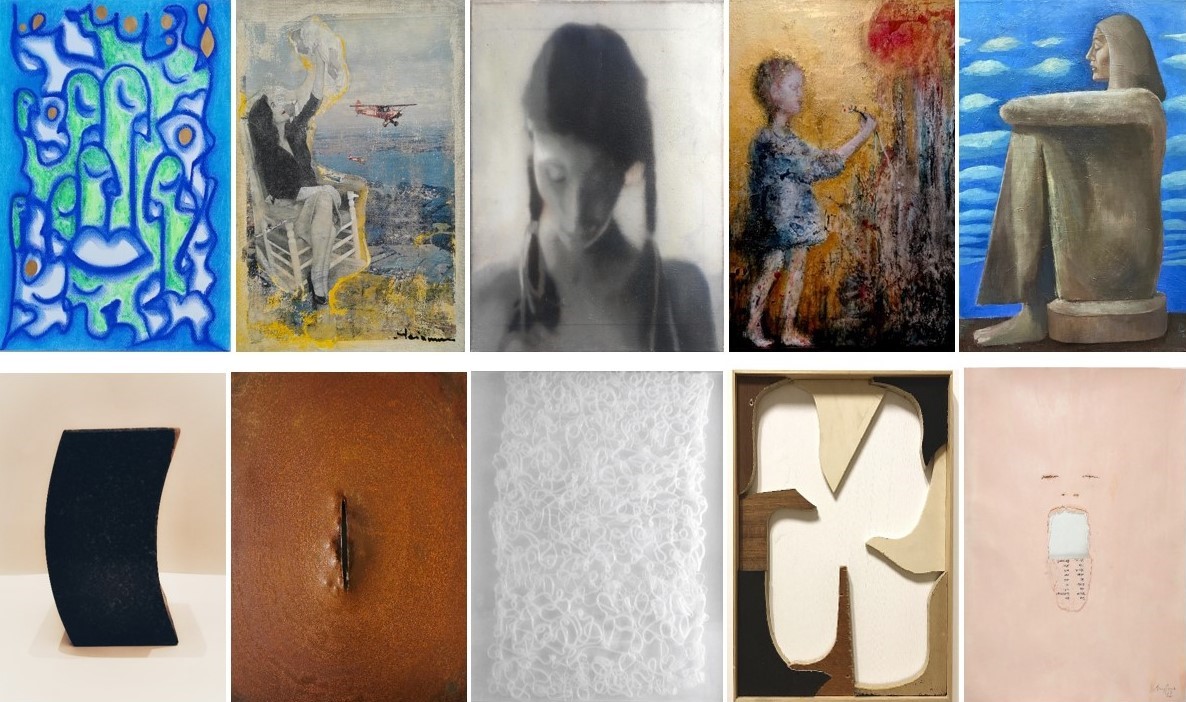 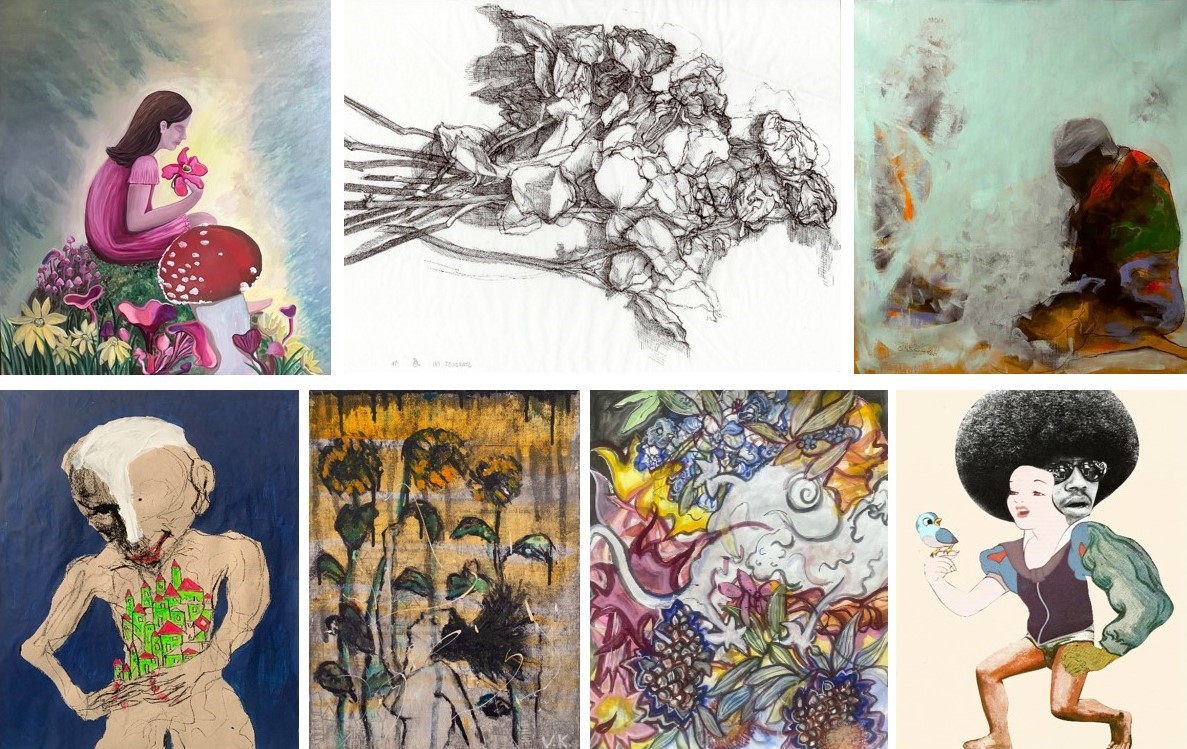 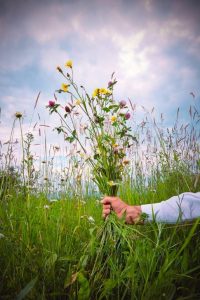